The Royal Albert Hall is London’s most iconic venue and one of the United Kingdom’s most treasured and distinctive buildings. The concert hall, which can seat over 5,200 guests, turns 150 years old in 2021.

To mark the 150th anniversary, the Royal Albert Hall wanted to raise awareness of the RAH150 campaign and promote a whole series of events and activities to celebrate the past, present, and future, through a 90-second video featuring the legendary Rolling Stone’s frontman, Mick Jagger. 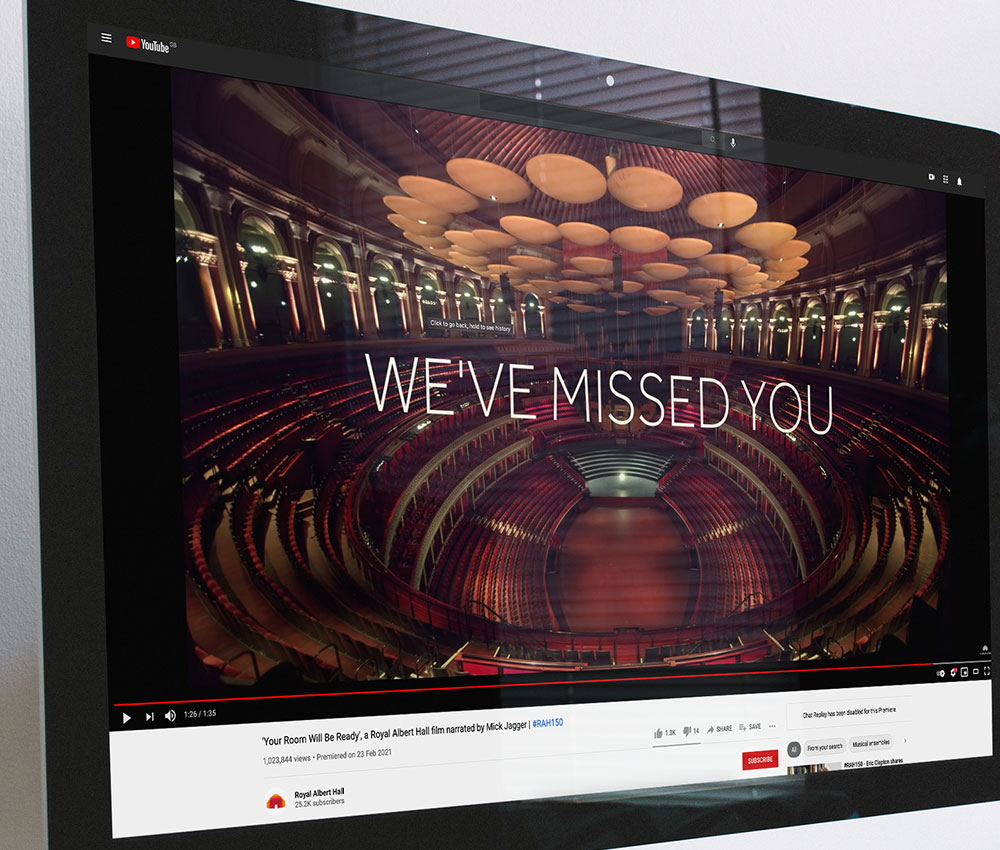 In order to promote the video to as many people as possible and to complement the organic social media and digital activity that the hall was running, the ads creative solutions team decided that YouTube advertising would be the most successful, economical, and efficient approach. With a wide range of audience on the platform, YouTube was the obvious choice to bring in the highest return on investment.

Putting the video in front of the correct audience was imperative to the campaign’s success, so we undertook extensive research on RAH’s demographic to maximise the video’s impact. We took great care in narrowing down the audience, thinking about age, location, and customer data that would optimise the performance. The primary campaign included Re-marketing, Custom Intent, and Similar Audiences with a secondary campaign to help complement the primary campaign and reach new audiences which included Affinity Audiences and Topic Marketing. 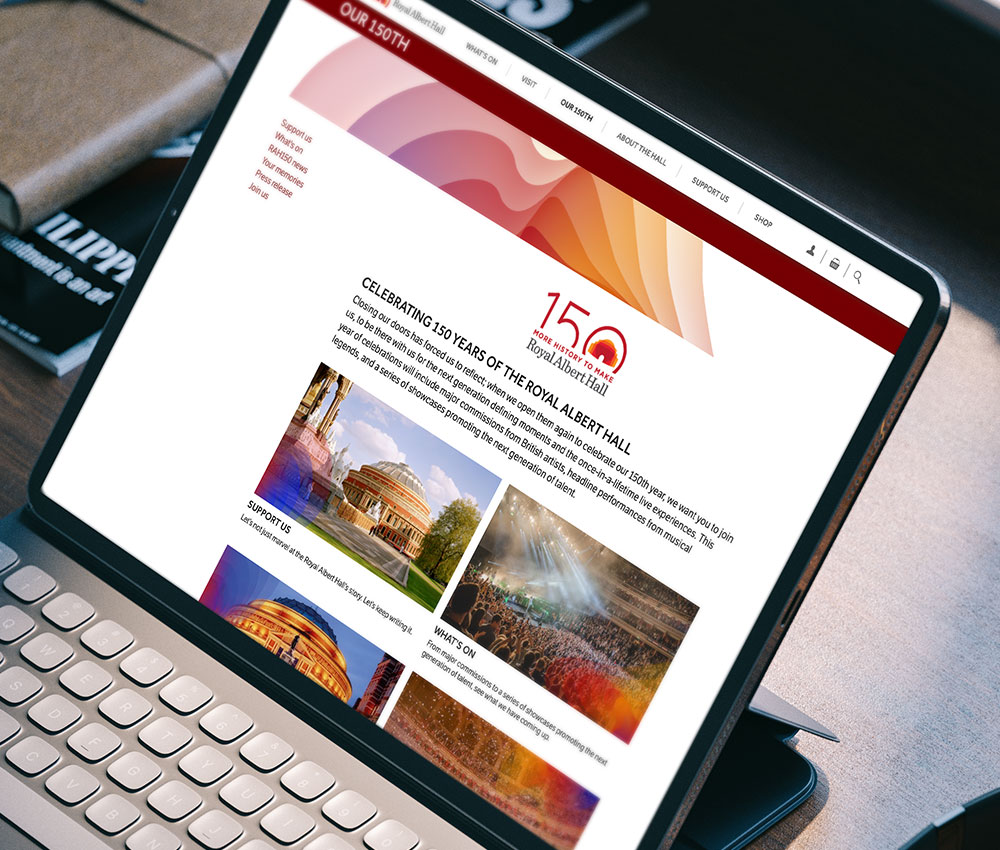 Impressions = People who have been served the video.

This website uses cookies to improve your experience while you navigate through the website. Out of these, the cookies that are categorized as necessary are stored on your browser as they are essential for the working of basic functionalities of the website. We also use third-party cookies that help us analyze and understand how you use this website. These cookies will be stored in your browser only with your consent. You also have the option to opt-out of these cookies. But opting out of some of these cookies may affect your browsing experience.
Necessary Always Enabled

Performance cookies are used to understand and analyze the key performance indexes of the website which helps in delivering a better user experience for the visitors.

Analytical cookies are used to understand how visitors interact with the website. These cookies help provide information on metrics the number of visitors, bounce rate, traffic source, etc.

Advertisement cookies are used to provide visitors with relevant ads and marketing campaigns. These cookies track visitors across websites and collect information to provide customized ads.

Other uncategorized cookies are those that are being analyzed and have not been classified into a category as yet.